Hacker detected!!! Did you know that Tiger M@te holds the world record for defacing 700,000 websites in one shot. Now that could be your website… so put on your ETHICAL HACKING glasses and get ready to combat cyber crime!

What is Ethical Hacking?

Ethical hacking is performed by bypassing security to identify certain weaknesses that can be exploited by unethical hackers and malicious users, with the consent of the organisation or individual that the ethical hacker is working for. Ethical hacking encompasses a range of topics from foot printing and sniffing to many more concepts to combat cyber crime.

Why become an Ethical Hacker?

With the increasing dependence on technology in our everyday lives, the hacking industry is booming and ethical hackers are constantly required to build an effective cyber security wall. Besides, ethical hacking develops great amount of logic and other skills that may come in handy at any time. To add to the above, the job can be great fun and highly paying if you are passionate.

1.       Hacking culture can be traced tom 1959 with the advent of the MIT Artificial Intelligence Lab. This period was called the ‘Golden Age’ of hacking and witnessed the birth of numerous legendary ethical hackers.
2.       Ethical hacking began even before the internet was created in 1984 and hackers usually received information about computers through newspapers like “Creative Computing”.
3.       India leads the world in terms of ethical hacking with a staggering 23% residing there.
4.       The top most ethical hackers in India receive about 16 times the median salary of a software engineer in the country.
5.       Around 1 in 4 members from the HackersOne network have donated bounty money to charitable organisations.

How to become an Ethical Hacker?

With the increasing popularity of ethical hacking, a variety of online courses,   YouTube videos etc. on Ethical Hacking are springing up and here are a few of the best options for you. As a beginner, people like Mr. Zaid Sabih offer amazing online courses at relatively low prices. Once you reach an intermediate level of expertise in the field, companies like Infosec can help in your advancement towards becoming a professional Ethical Hacker. If you prefer learning through YouTube videos, an awesome video uploaded by Joe Parys Academy, along with others can get you well-versed with Ethical Hacking. The videos are often long but if you take it part by part it can be smooth sailing. You could even visit seminars by fine ethical hackers like Mr. Rizwan Sheikh. If you are a voracious reader don’t miss out on reading books like ‘Hacking: The Art of Exploitation’ and pave your way through. But remember one thing - if you want to know Ethical Hacking you first have to know Unethical Hacking!

Maahir Jain is a keen lover of coding and has been fascinated by the subject of Ethical Hacking ever since he heard of it. He wants the world to know all about Ethical Hacking so that our future is safe and protected!

-Maahir Jain (under the guidance of Talenthome Solutions)

Popular posts from this blog

Robotics: the next generation re-programmed 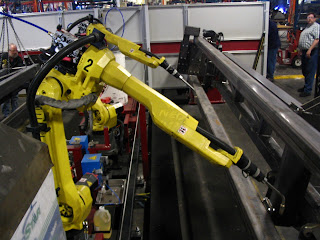 "Did you know that the car that you drive is made by a robot! Yes that’s right robots are programmed to assemble your car and the finishing touches are done by human hands".
Robotics is a branch of technology that revolves around innovation of robots. It deals with design, construction, operation and application of robots. A robot is a type of machine that can be programmed through any source, with the most common one being a computer.  It can be modified as per your needs and can execute complex series of programs. It is also called an automated machine, because they work automatically.
Now you might be wondering how can I differentiate between a robot and a machine. A machine is pre-programmed i.e. it has one job to do, for example your fan has the job to just move round and round. However a Robot can be programmed to perform multiple tasks and can be re-programmed to fit your needs. In robotics you design, innovate, construct, operate, program, collaborate to make a new in…
Read more

Internet Of Things: The Next Big Thing 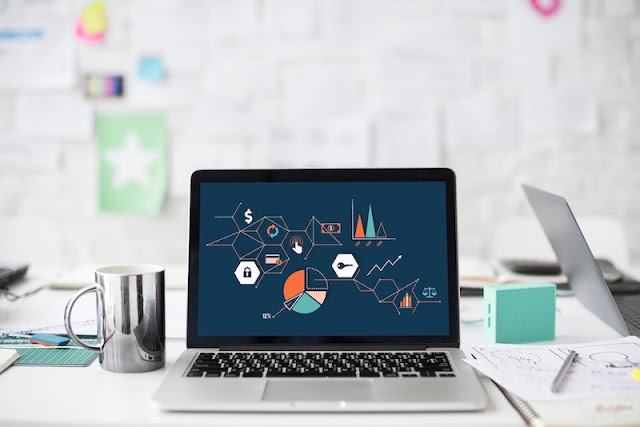 Did you know by 2008, there were already more internet connected devices than there were human beings on our planet! Today every electronic device around you has latest IoT systems that change the way we operate on a daily basis.
Want to know more about IoT technology? or maybe you are looking for developing the next IoT product that will transform the world? If so, this is the perfect place to get started. 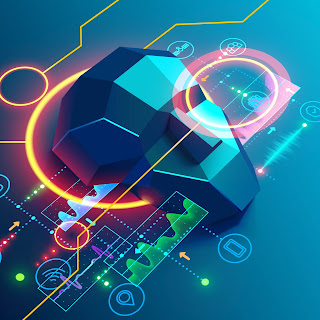 What is A.I  Artificial Intelligence is the new buzz word. It promises to revolutionize our future. Change everything around us as we know it. Artificial Intelligence refers to the development of computer systems in which machines can perform tasks that would normally require human intelligence. In other words, A.I are intelligent machines that work and react like humans But let’s cut through the hype and focus on what it’s already impacted, the digital marketing scene.


How can it help in marketing?  Understanding what consumers want and need - ideally, before they even do - is the ultimate goal of a marketer. And AI makes that much easier. Through Machine Learning, AI is able to identify and predict their next customers through data mining. Through observing what people are talking about on social media they can identify subsets of people who are in need of the particular product or service in question. This t…
Read more